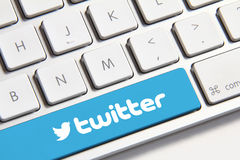 Writing a book is hard enough, but now that you’ve got that (almost, completely, halfway) done, it’s time to start increasing your Internet footprint as an author (or dare I say brand).

Blog? If you can, but we will get to that later.

Right now we are going to talk about Twitter.

I’ll be honest, I had no clue what the point of Twitter was. I thought it was somewhere people shared that they were eating their food or watching a show or in general sending updates into the void that no one cared about.

As I started getting into the writing arena, a very good friend introduced me to the Twitter universe and all I could do to get plugged in. Slowly I was entering pitch contests and using hashtags to connect with other writers. I began exploring the literary world that I had no idea existed through bursts of 140 characters.

So don’t roll your eyes at me when I tell you that Twitter is an amazing tool. USE IT.

It can be overwhelming. You want to create your own hashtags and get the perfect mood of a tweet in so few characters, and you aren’t sure if you should follow your dream agent or ::gasp:: tweet him/her. Take a deep breath. I’ve got a few tips that I have learned over the years, some of which come from professionals.

First, if you’re looking for some handy hashtags for writers, check out THIS LINK and THIS LINK. They have a lot of good suggestions.

Second, follow your favorite people. An agent might tweet about a project they’re looking for that matches your manuscript, (#MSWL = manuscript wish list and it’s SO helpful), or an editor might let everyone know if she or he is open to new clients.

I’ll say it again: Twitter is your friend. USE IT.

Third, don’t tweet too much. Less isn’t exactly more with Twitter but you don’t want to annoy your followers so much that they decide to stop following you.  Using apps like Hootsuite can come in hand because it lets you schedule tweets ahead. If you’re doing a pitch contest, taking part in #1linewed, or just trying to capture people’s attention in general—tweet with purpose. Sometimes that takes planning.

Fourth, and last on my list—stay professional. It can be so easy to slip into an Internet battle or have someone send you something nasty off of an innocent tweet. But this is supposed to be a tool. You don’t want your future agent to remember a heated battle you had with someone over different authors, politics, or current events and decide you’re not worth the drama. Remember that you are using your author Twitter account to build your brand.

Over all, there is an amazing writing community just waiting on Twitter. It’s how I met my agent, through #PitMad, and it’s how many can get connected with the publishing industry.

Are you on Twitter? Let’s connect! You can find me here or #writerslifeapparel here.

This post was originally written for & posted on Stark Contrast Editing‘s blog. Make sure to check out Katelyn’s amazing new site and the services she and others offer. Plus, more posts by yours truly!