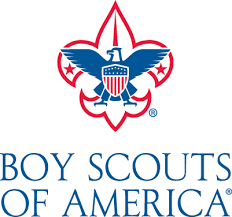 In February 1910, William Boyce founded The Boy Scouts of America (BSA), modeling it after the Boy-Scout Association in Britain.

Boyce founded BSA in Washington, D.C. There is a “legend” that Boyce, who was an American newspaper man, was lost on a foggy street in London one day when an unknown Scout came to his aid, guiding him to his destination. When Boys offered a tip, the Scout refused- explaining he was just doing his duty as a Boy Scout. Boyce immediately sought the head of the Scouts in Britain, then returned to America and, four months later, founded the Boy Scouts of America.

Of course, this is legend. The truth of it is that a Scout did actually help Boyce, and he asked for the address of the Boy-Scout Association headquarters, but he never met with the head of the scouts in Britain, and it took much longer for the BSA to officially take flight.

BSA isn’t new to controversies. There have been protests for the inclusion of African Americans, and it took a few years before the Catholics and LDS would accept the organization since it had firm ties with a Protestant organization (YMCA).

BSA has survived a century of growth and change, and although there is recent controversy over the laws and acceptance of the association, it is one that was founded in tradition and good intentions and will always have that at it’s roots.